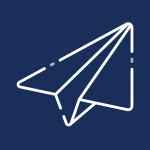 Google is launching a professional certificate program which it vows will allow students to learn skills for in-demand digital jobs in a fraction of the time – and cost – of a degree program.

As part of Google Career Certificates, students will be able to take courses to become trained data analysts, project managers and UX designers in around six months.

The new certificates aim to build on existing programs to create pathways into IT Support careers for people without a degree, which cost around $49 per month to access on Coursera.

Launched in 2018, the Google IT Certificate program has become the single most popular certificate on Coursera, and thousands of people have found new jobs and increased their earnings after completing the course.

“We’re especially proud that the Google IT Certificate provides a pathway to jobs for groups that are underrepresented in the tech industry,” said Google’s SVP of Global Affairs, Kent Walker in a blog post.

“College degrees are out of reach for many Americans, and you shouldn’t need a college diploma to have economic security.

Google said that those who complete certificates will be given the opportunity to connect directly with a group of top employers.

Walker said that in Google’s own hiring, they will now treat these new career certificates as the equivalent of a four-year degree for related roles.

According to Google, the certificates will enable students to become job-ready for in-demand, high-paying roles and qualify for jobs across fields with median average annual salaries of more than $50,000.

Google will fund 100,000 need-based scholarships and will commit $10 million in job training grants for communities across the US, working with partners like YWCA, NPower and JFF.

“As America rebuilds our local communities, it’s important to start with the people that give them life,” said Walker.

“Since 2017, we’ve helped five million Americans learn digital skills through Grow with Google and we promise to do our part to help even more people prepare for jobs, creating economic opportunity for everyone.”

A date for when the new courses will be available has not yet been announced.